If John Kennish didn’t have enough on his plate winning the Festival he also found time to arrange the Super 16, which was a sublime finale to a brilliant festival week.

In its inaugural running sixteen of the UK’s top bowlers lined up at South Ramsey bowling club to play for £500 in an invitation competition, which was an exhibition and master class of crown green bowling.

The final was contested between two former festival winners with Matthew Gilmore ending the run of Andy Farmer with a 21-14 win.

Gilmore was on fire all night and nobody really got close to knocking him out. In the Semi-Finals he eliminated another former festival champion Robbie Fitzpatrick 21-15 after getting out 21-12 against Shropshire’s Ben Harris in the quarters.

Farmer was in brilliant form himself and ended the challenge of tourism winner Callum Wraight 21-15 in the semis after stopping Richie Goddard 21-13 the round before.

Other fallers at the quarter finals stage were Wayne (the Beast) Ditchfield and one of the true characters of the game Barry Booth.

Prise must go to Kennish and South Ramsey for running the competition which is a fantastic addition to the festival calendar, and long may it continue. There are too many people to thank but I must thank Everest and the DED for their support of the competition and of course green keeper George Brew for an immaculate playing surface. 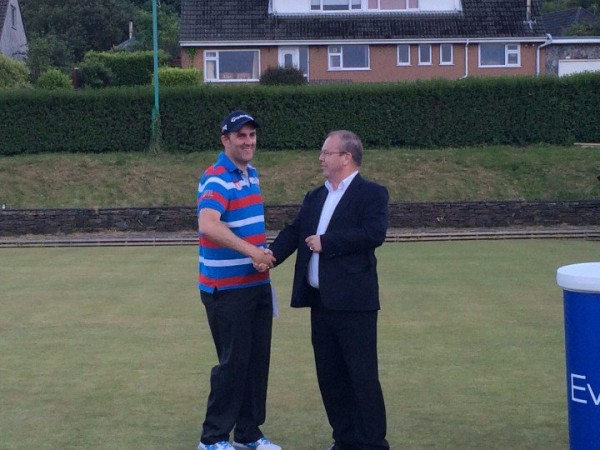