There was an entry of 29 for the Ladies’ Manx Championship played at Ballaugh over the two days, Saturday 6 and Sunday 7 July. The warm, sunny weather added to the occasion, while after the problems at the start of the season the green keepers should be congratulated on the state of the playing surface. Though the green was a little on the heavy side it did not detract from the quality of bowls on show on both afternoons. The winner will represent the island at The Champion of Champions on 29 September.

In the semi-finals Jenny had a straightforward win over Elaine, while Janet had to battle hard to come through against Paula who had been ahead at several points in the match.

In the final Janet had the better of the early stages, taking a lead of 12-7 after 13 ends at which point Jenny won the jack and staged a comeback to be ahead 15-14 at end 22, at which point Janet took control again dropping just one more end to take the title 21-16.

The presentation was made by Association vice-president Pat Robertson, who thanked all who had contributed to the day – the ladies running the sheets and the Ballaugh ladies for measuring and for the refreshments, the drinks being particularly welcome on such a hot day.

Thanks also went to Jenny Maddrell for her sponsorship of the event, and Pat passed on apologies for Jenny‘s absence. 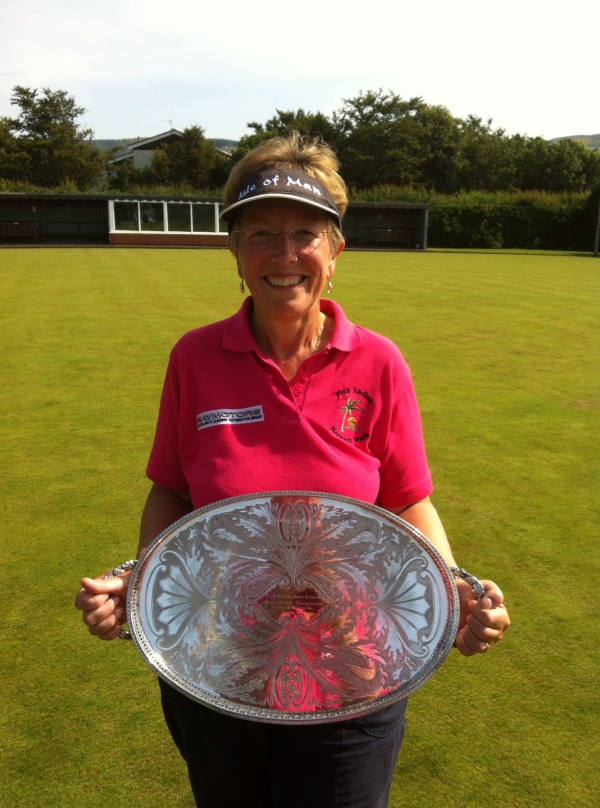