Neil Withers lifted his second cup in two day last Sunday, as he won the RNLI cup at Nobles Mixed Bowling club, after finding himself on the right side of an epic 21-20 final encounter with Matthew Keggen.

It was a truly brilliant final with Keggen doing all the work in the early stages before Withers stepped in and found his customary length over the middle, moving through the gears to go from 13-10 in arrears to lead 20-13.

Keggen didn’t give in however and after trailing the jack set off to the corners where he picked up three quick two’s to draw level. With a great lead bowl he must have thought it was his day however Withers made sure he reached and ran the block for the final point required to secure victory.

Both players were at the top of their game in the semi-finals with Withers beating Trevor Qualye 21-8 and Keggen overcoming June Festival finalist Matthew Quirk 21-7. Fallers in the quarter finals were Arnie Withers, Paul Kelly, Phil Kerruish and Peter Lees. At the conclusion of the competition Douglas Lifeboat President Peter Cain presented the prizes and £150 was raised for the RNLI. 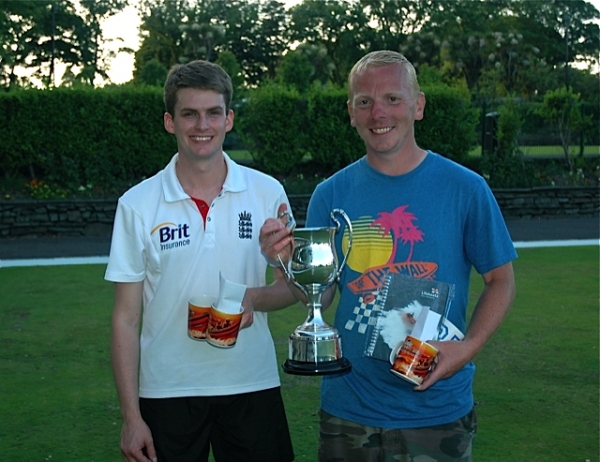