Bowling Back the Years

It was a case of déjà vu for 1996 Island Champion Gary Conwell as he won the Henry Kissack trophy at Marown on Saturday for the third time.

Conwell, who’s last open success came in this very same competition in 2009, was in imperious form all day but saved his majestic best for the final where he beat Michael Collister 21-11.

He was unplayable in the final and every time it looked like Collister would get a foothold to climb back into the game he produced winner after winner to claim the title.

Collister should also be lauded for exploits on the day and particularly his 21-17 semi-final win over Castletown stable mate Aaron ‘Bob’ Clark. Conwell knocked out home greener Brian ‘Boothy’ Kelly at the same stage.

Losing out in the quarter finals were Arnie Withers, Phil ‘Rambo’ Kelly, Bobby Thorne and David Proctor. Marown bowling club should once again be congratulated for putting on another superbly well run competition. 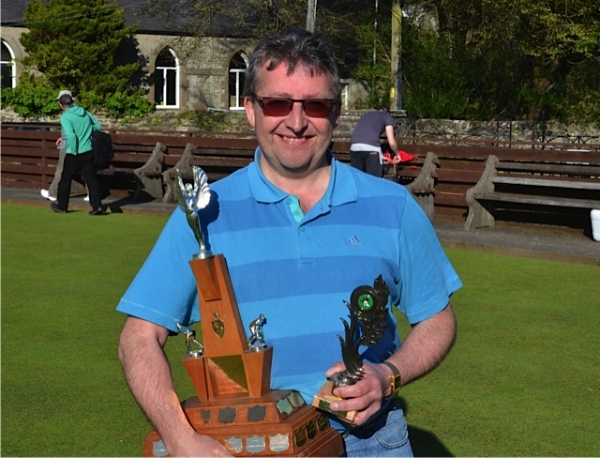