It’s All About the Length at Ramsey

There was some tremendous bowling in the team event at South Ramsey on Sunday with ‘Its All About the Length’ running out winners over ‘Lil’s Legacy’ in a hotly contested final.

The team of Bob Clark, Mark Kneen, Michael Collister and Neil Withers had just enough to see out a 60-56 win over the family team comprising matriarch Lillian Slinger, her daughters Janet Monk and Chris Price and grandson Robert Monk in a fiercely fought finale to an epic days bowling.

The eventual victors didn’t have things their own way in the final however with one singles game level, being 12-7 down in the doubles and Neil Withers trailing 16-12 to Janet Monk things looked bleak.

The pendulum of momentum however swung and with Michael Collister finishing off his singles game 21-17 against Chris Price and Withers scrapping to a great 21-18 win it left them firmly in the driving seat and at 18-12 up in the doubles to job was done. Credit must go to Lillian Slinger and Robert Monk who managed to see out a magnificent 21-18 win in the pairs.

South Ramsey put on another first class competition on and praise must go to the green keepers for a simply immaculate playing surface. 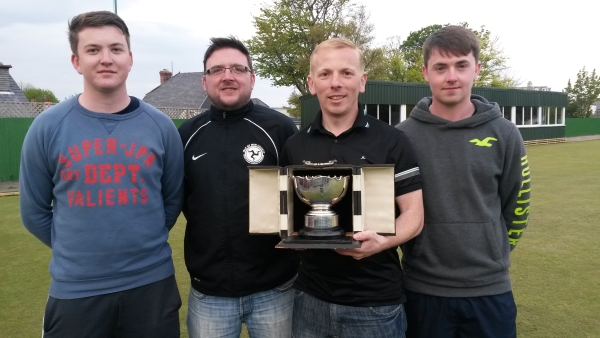