After thirty three years of waiting South Ramsey A once again won the coveted Rayner Shield with a convincing 7-2 win over Port St Mary A at NoblesPark on Friday.

With Port having taught South a lesson when they played in the league just a few games ago all looked set for the southerners to etch their name on the trophy for the first time, but no body told the Northerners this.

They were simply brilliant. Every single one of them put in a cup final performance and in this gear it’s hard to think that even Onchan A or Marown A could have stopped them in their tacks.

Things started well for the Ramsey side with Captain John Kennish winning on the same green he won the June Festival on as he saw off the only other Manx Man to make festival finals day Ewan Cooil 21-14.

Just then South moved into top gear with the next three games off the green all going in their favour with Alan Moore beating Juan Hargraves 21-12, Jerome Surridge seeing off the challenge of Mikey Collister 21-16 and Peter Collister getting the better of Port Captain Rob Cooil 21-12.

Trevor Quayle got one back for the Spaniards beating semi final hero James Teare 21-10 before it was all over. The next tree games were off the green in quick succession as John Kennish’s charges sealed victory in devastating fashion with Dave ‘Dido’ Kelly beating Ron Mayxcox 21-5, Gary Conwell defeating Ray Watterson 21 9 and Adrian Skinner finding his best to come home 21-10 against Chris Oates.

My heart goes out to Port St Mary who have been brilliant all season and again fall at the final hurdle, and I am certain they will have their day, but this wasn’t it. The day belonged to South Ramsey who were at their majestic best and a joy to behold and they deserve every accolade afforded them after a fantastic performance. 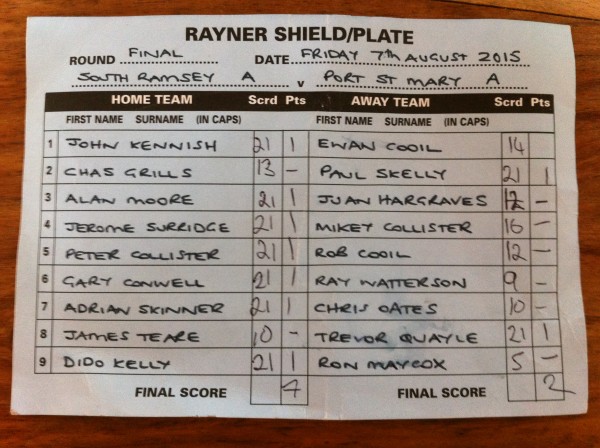 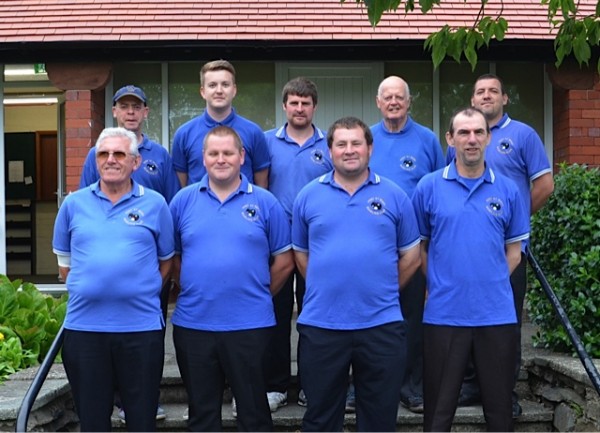