Twenty six pairs made the annual pilgrimage to Marown bowling club on Tynwald Day to search for the holy grail of men’s doubles titles, the Grimshaw Trophy.

All eyes were on Colin & Tom Kelly to see if Colin could keep his run of winning all of the doubles competitions with a different partner going, but an early first round exit at the hands of Paul Kelly & Ken Williams put pay to this.

It was defending champions Kevin Quirk & Peter Slinger who found their form and their way to the title with a strong 21-16 final win over Onchan team mates Phil Kerruish & David Braford. Quirk & Slinger built a healthy lead in the early part of the game before Kerruish & Bradford rallied to try and make a comeback, but it was too little too late. 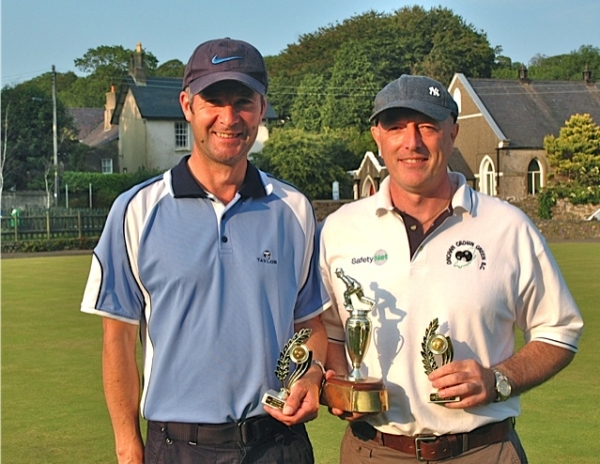