Kelly at the Double

It was double success for Colin Kelly this weekend as he teamed up with Neil Withers to win the men’s doubles at Nobles Bowling Club, just 24 hours after he lifted the association cup on the same green.

Both men were relentless in their quest for victory and slipped into gear from the off, moving through them every game they played, and by the time they reached the final they were in overdrive and too hot to handle for Ian Moore and Stuart Garrett as they came home 21-9 winners.

The runners up had a great day out too and the Douglas pairing should be very happy with their efforts. In the semi final they knocked out Tom Kelly and Michael Collister, whilst Withers and Kelly eliminated John Kennish and James Teare.

Nobles Park ran the competition, which was held in conjunction with the ladies doubles on the other green, superbly and an entry of 33 pairs shows that things are definitely on the up for Manx bowls. 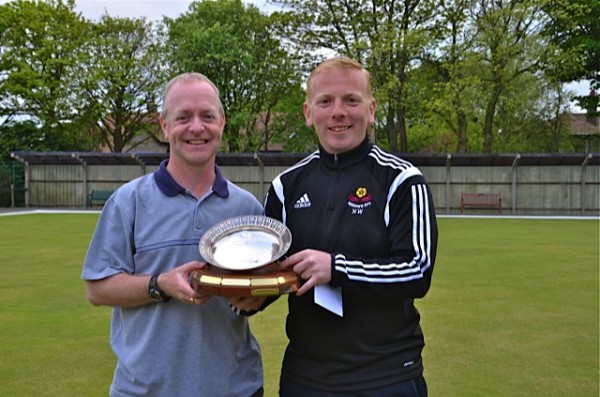