20 Years in the Making for Kelly

Colin Kelly was at the top of his game at Nobles on Saturday as he lifted the coveted Association Cup which he last won two decades ago in 1995.

Kelly seemed to thrive in a new format which saw both greens used, with players alternating between games and had the measure of both almost instantly.

In the final he overcame the colourful ‘green machine’ Jordan Cain 21-14. It was all change in the final with Kelly playing Cain’s preferred short round pegs and the runner up heading for the champion’s usual choice of full corners.

Jordan played well all day and had some exceptional results but just didn’t have enough in the tank as he struggled to get on terms with Colin.

Both players had excellent results in the semi-finals with Cain, the only player in the last four not to have won a festival on the same green, taking Neil Withers a part 21-6. Our eventual champion will also be very pleased with his work as he dispatched long time adversary John Kennish 21-17.

Losing out in the quarter finals were Kevin Quirk, Ray Maddrell, Stevie Kelly and Rob Monk.

Matthew Keggen and the competition committee should be praised for the new format which worked tremendously well. The recent changes have seen an increase in entries and if we continue in this vein I am sure the sport will flourish for years to come. 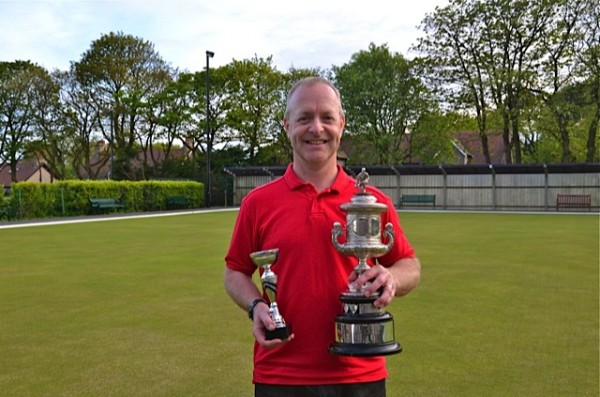