There was an entry of 25 pairs for the ladies’ doubles competition sponsored by Microgaming and played at Castletown on Saturday 15 June. The weather was mixed with the odd shower interspersed by warm sunshine and with the green running well there were some excellent, and very close, games played in a friendly spirit.

The final was “nip and tuck” up to 14-14 when Chris and Janet won the next three ends to take an 18-14 lead. Rachel and Lilian were not shaken off taking the next three ends with a 3 on the third end to have a 19-18 advantage. A three from their opponents on the following end gave them the match 21-19 to end an absorbing contest.

Heike Perry then thanked everyone for staying before introducing Hilary Kermode to make the presentation on behalf of sponsors, Microgaming.

Hilary thanked those who had entered making it the best ever entry for this event and also thanks went to all who had helped, particularly Hannah and Heike for running the sheet. 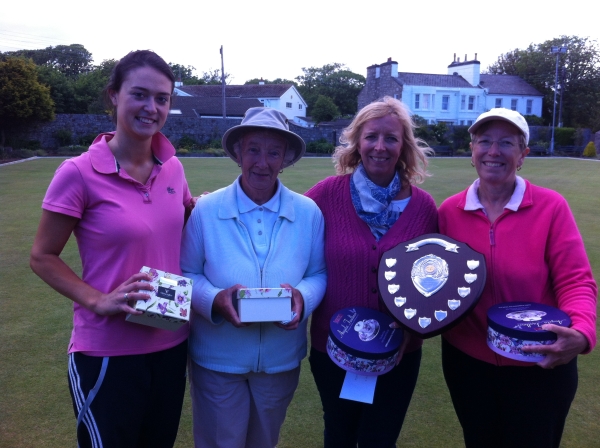