The C.Tarleton Hodgson sponsored Jubliee Cup attracted a very good entry of 19 teams.  The weather was dry but the cold and blustery wind made conditions tricky.  The Green was in excellent condition as usual and the standard of bowling all afternoon was of the highest standard.

The eventual winners were Kevin, Rosemary and Mathew Quirk, who beat the team of John and Fiona Kennish and Alan Moore 21-18 in a closely fought final coming back from 16-8 down.

In the semi finals the Quirk team defeated the team of Margaret Tasker, Tricia Bull and Ron Maycox by score of 21-9 and the Kennish/Kennish/Moore team beat Bob Clark, Shelley Kennish and Nathan Cooil by the score of 21-19.  Losing out in the quarter finals were Stuart and Paula Garrett and Paul Kelly,  Ken Karran, Louis and Rita Callister,  Val McFarlane and Ray and Ann Maddrell and Sam Palmer, Edwina Reid and Dorothey Mylchreest. 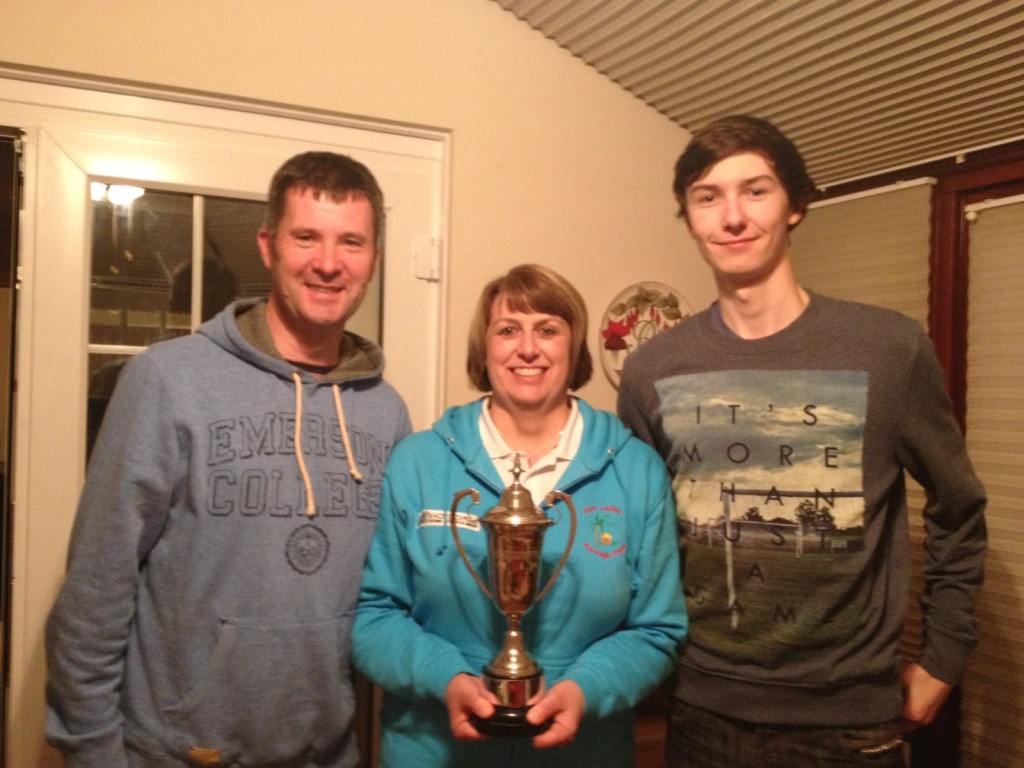 Thanks to Rachel Quirk for the picture.