Douglas Bowling Club played host to the Haldane Fisher Mixed Doubles competition on Mad Sunday and a good line up of 19 pairs made it onto the grid despite the rearranges TT races. Matthew Keggen & Rachel Quirk notched up their second title of the season with a 21-14 final victory over Jordan Cain & Paula Firth.

Our winners were in control of the final throughout and found themselves in a 20-9 lead before the runners up staged a bit of a fight back. Both pairs played exceptionally well over the whole day however Keggen & Quirk were more consistent on the extremely tricky green, not necessarily playing many more good woods than their opponents, but certainly less wayward ones.

In the semi-finals our eventual victors but in a brilliant performance to see off Robert & Janet Monk 21-11 whilst Cain & Firth survived an epic tussle with Stuart & Paula Garret to emerge 21-20 winners and book their final birth. Fallers at the quarter finals stage were Glynn & Kim Hargraves, John & Fiona Kennish and Tim & Katy Williams. 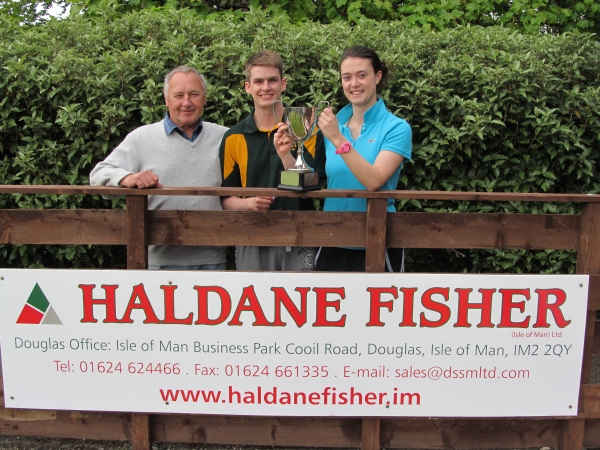