There was an entry of 41 at Port St Mary on Wednesday 14 August to compete for the W. A. Roberts ladies’ singles trophy sponsored by Celtic Associates Ltd. With the green running well there were some very close games as well as some not so close !

The final was closely contested to end 13, when Janet had a slight lead at 14-13. She won the next end to gain control of the jack which she then refused to relinquish winning the next five ends to come through 21-13.

Lady President, Sheila Shimmin then thanked the green keeper, Shaun for doing the sheet and anyone else who had helped during the afternoon before introducing Iain Wood, director of sponsors Celtic Associates Ltd to make the presentations. Iain said that the company were pleased to be involved with the competition and would be pleased to sponsor it again next year. 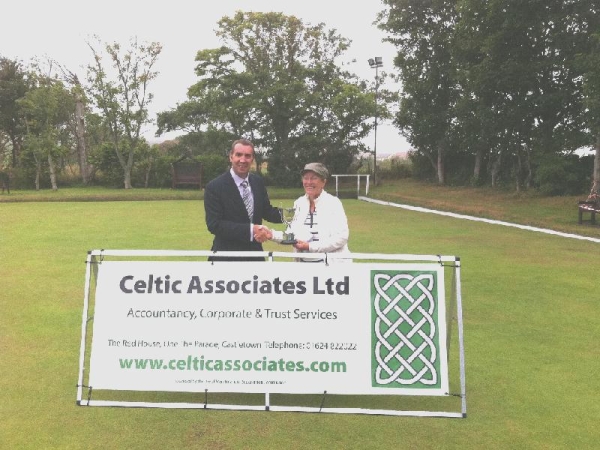