A strong field of 47 irrepressible men made the annual pilgrimage to Peel bowling club to take part in the Summer Shield on Sunday for the last chance to win silverware during the June festival period. The gale-force winds and ever changing weather made the conditions almost unplayable and at times a lottery, but it was Glynn Hargraves (Onchan) who cashed in the winning ticket with a formidable 21-12 final win over David Corkill (South Ramsey).

Once Hargraves settled into his rhythm in the final he went about systematically grinding out the victory required to win the coveted shield, and never really let his opponent get into the game. Praise must go to Corkill who handled the treacherous conditions exceptionally well throughout the afternoon, and non-more so than in his semi-final where he defeated newly crowned festival champion Neil Withers 21-14.

Hargraves had a battle on his hands at the same stage where he had just enough to overcome the fierce challenge of wily competitor David Faragher 21-18 to book his final berth. Fallers at the quarter final stage were Kevin Dutchburn, Sid Bolton, Alec Taylor & regular visitor Gerry Buckley.

At the conclusion of the competition Mr Davidson of Peel Commissioners presented the prizes. 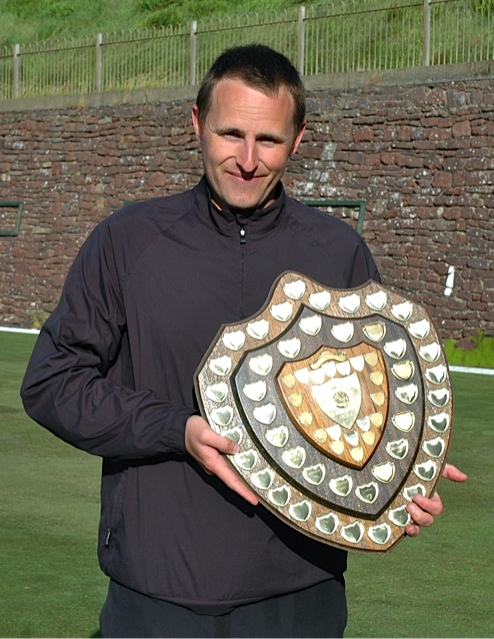