18 Pairs entered the last Open of the 2014 Season – The R.H. Green Fours (Men’s Doubles) which was held at Finch Hill Green on Sunday 28th September, on a pleasant sunny afternoon.

Some well known names did not progress beyond the first two rounds, which made the competition all the more interesting!

The semi – finals consisted of four pairs who had been on sparkling form all afternoon, with Mark Moorley and Jeff Kinley pitted against Dave ( Barney) Kelly and Bob Clark. Which resulted in a 21 – 15 win for Kelly and Clark.

Steve and Paul did not continue their earlier form and had no answer to the extremely accurate long marks set by Barney and Bob who were most certainly worthy winners. 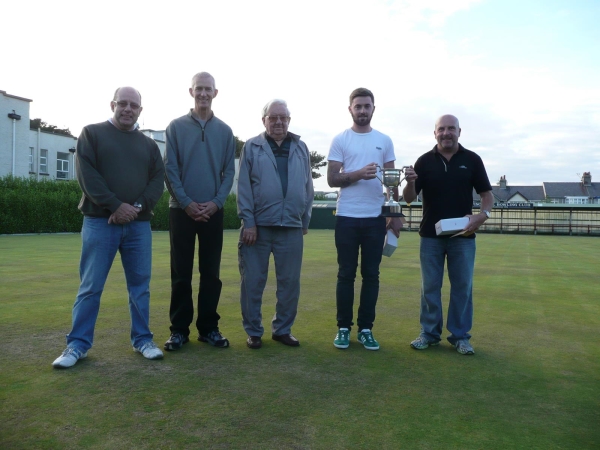