The rain held off till the latter stages of the ladies’ doubles open played at Noble’s Mixed on Saturday 22 June, and the fine weather contributed to the friendly atmosphere round the green. The 21 pairs provided fine bowling with some very close matches.

This left two mother/daughter combinations to contest the final. Lilian and Chris had the better of the early exchanges taking a lead of 13-9, before Ann and Katy had a run of 7 ends to give them the advantage 18-13. A 2 on the next end for the Northern pair was followed by the Port St Mary pairing taking the final two ends to win 21-15.

The presentation was made by John Ruscoe who thanked all those who had helped during the afternoon, particularly Pat and her crew in the kitchen. 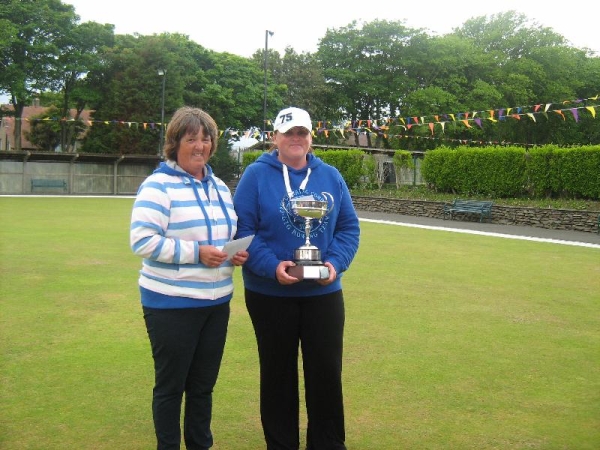