There was an entry of 21 pairs for the ladies’ doubles played at Noble’s on Sunday 24 May. It was a good afternoon with nice weather and some excellent bowling, the atmosphere being enhanced by the large number of men playing their doubles on the other green.

In the final Clare and Sonja kept Janet and Lilian in their sights in the early stages, being within striking distance at 12-14, at which point the Ramsey pair took charge coming through to win 21-12.

The presentation was made by John Ruscoe, chairman of Noble’s bowling club, who thanked everyone who had helped in any way with the smooth running of the afternoon. 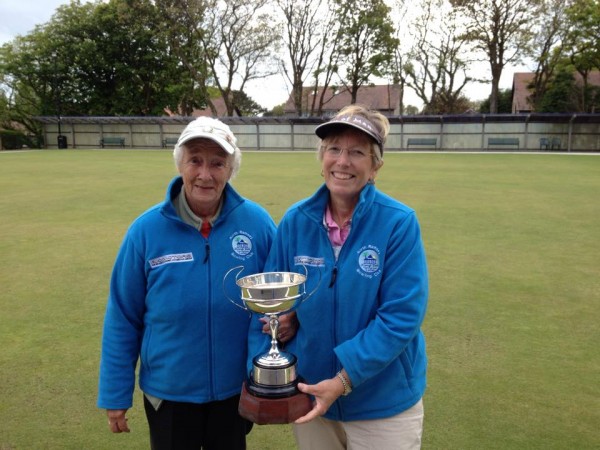