There was a new sponsor and a new look for the mixed doubles competition held at Douglas bowling club on Saturday 20th April. A total of 29 pairs put their names forward for the draw of the Isle of Man Farmers competition which in a new format was redrawn each round up until the final, meaning that nobody knew who they were due to play after the first round. Programmes and spot prizes were also a new feature on the day and despite one or two small teething problems the competition ran extremely smoothly and was a huge success, as was the first proper test for the new refurbished catering facilities.

The field was a stellar cast and featured all of the main contenders you would expect to see fighting out for glory in a Mixed Doubles competition along with some new ad hoc pairings, which is always good to see. Inaugural winners Janet & Robert Monk played the tricky green exceptionally well and when ability seemed to elude other players who couldn’t get their heads around the green they managed to conquer the Villa and show mastery of their craft. They beat John Kennish & Jenny Moore 21-16 after an enthralling final.

The eventual victors had their work cut out getting to the final after a hard fought contest with Rachel Quirk & Matthew Keggen in the semis. Kennish & Moore struggled to find their best in the final but got their thanks to a strong showing which saw them eliminate home greeners Stuart & Paula Garrett 21-12 at the same stage.

After a truly successful event Mike Caley of Isle of Man Farmers presented the prizes. In this day and age of falling open numbers it is great to see a club trying new things and being prepared to think outside the box and step away from the norm. 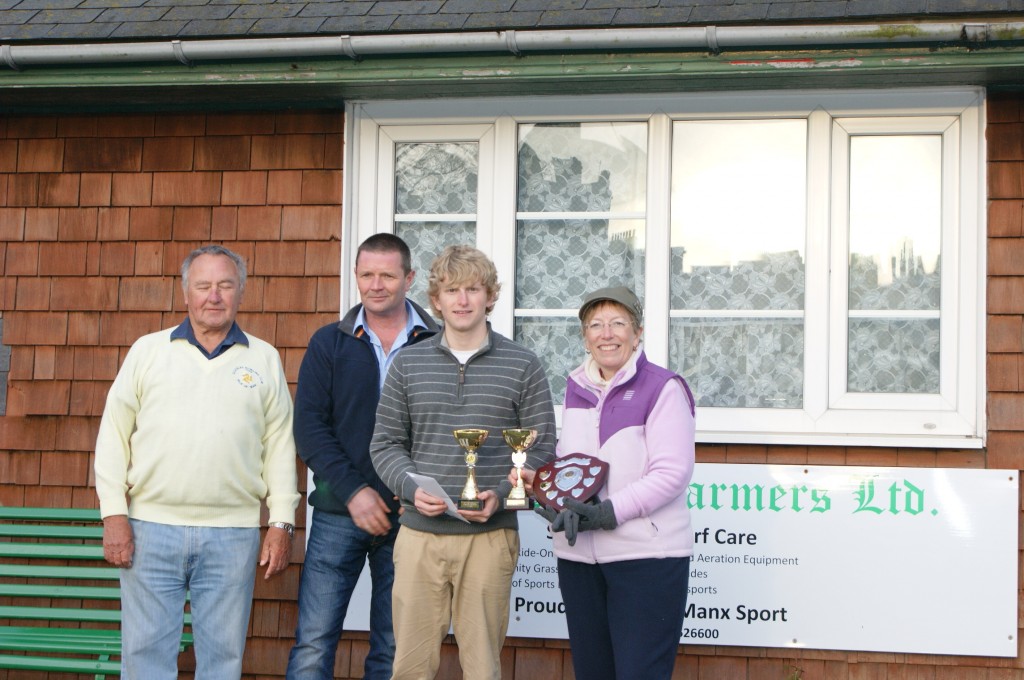