Neil WIthers overcame a strong line up at Ballaugh on Sunday as he won the first Men’s Singles competition of the year to claim the silverware in the Ayre Mowers competition.
In a remake of the 2009 Manx Championship final Withers defeated  Onchan’s Glynn Hargraves to claim the win. It was close in the early stages with Withers just having his nose in front 16-15 before the Marown man moved through the gears to dispatch his opponent 21-16.
In the Semi-finals our eventual victor showed is form with a hard fought win over seven times Island Champion John Kennish whilst Hargraves had to overcome the challenge of seasoned campaigner Ian Kissack.
Fallers at the quarter final stage were Stefan Kelly, Edward Trustham, Stuart Garrett and Mike Hargraves.
Ballaugh should be commended for the hard work in drumming up a great entry and putting on a tremendous competition on an ever improving green, which is a testament to their hard work last year. Thanks go to Ayre Mowers for their continued support. 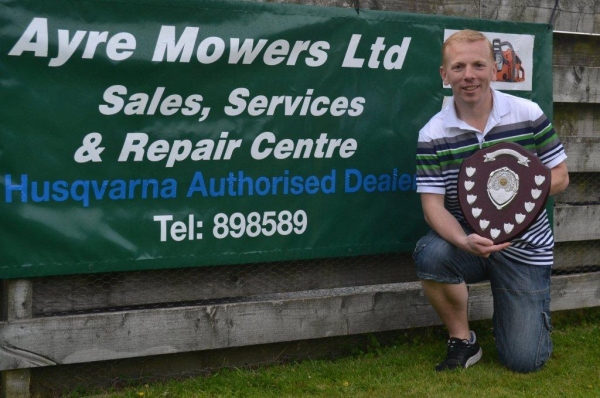